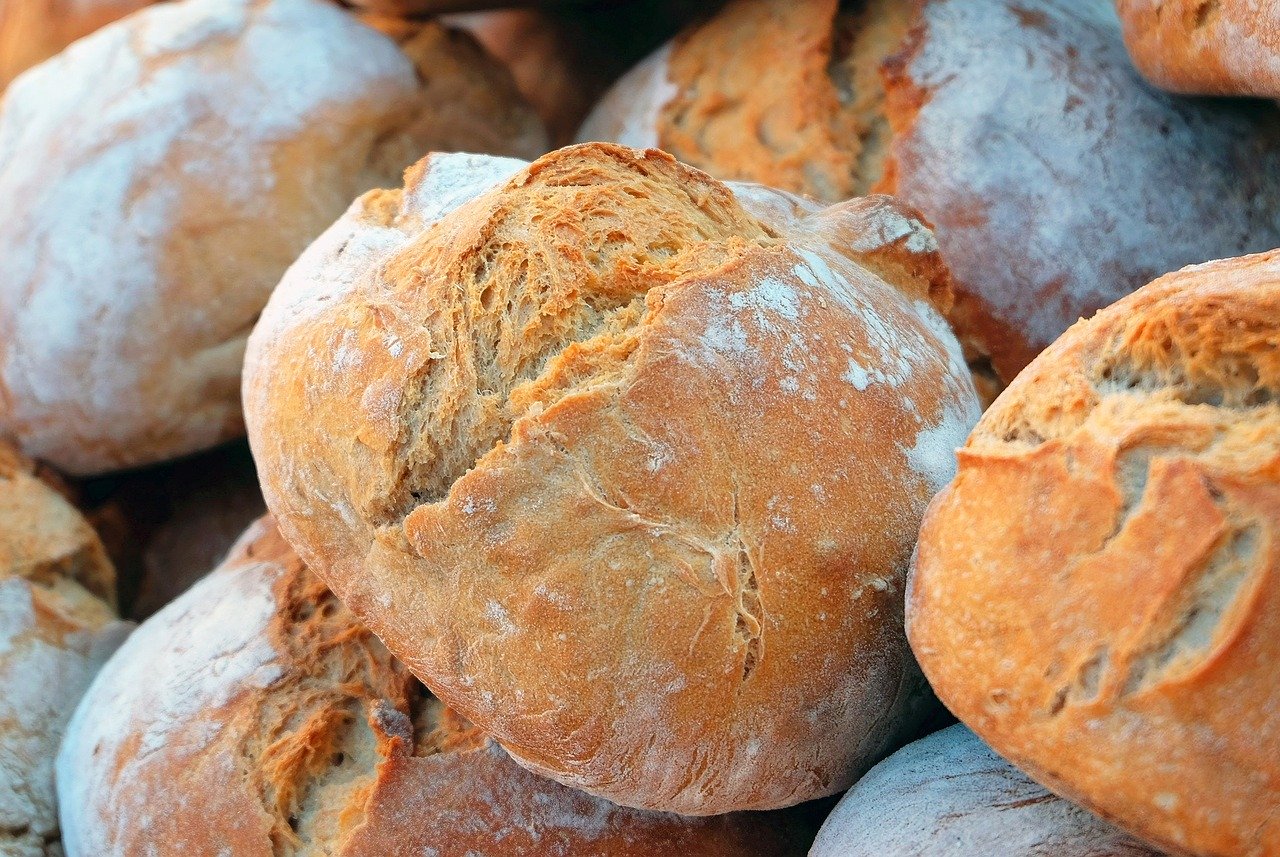 Homemade sourdough isn’t easy, but it’s one of the most rewarding things I’ve ever cooked. It takes some time to prepare, but we have plenty of that at the moment anyway, and it’s actually based on some fairly simple steps. When it all comes together the end result is delicious, satisfying and easily repeatable.

This post is for you if you’re totally new to baking bread; it should give you all you need to make good sourdough right from your first go. Remember to enjoy it too. Dough is never worth stressing over.

As well as explaining the specific steps involved here, I’ll cover the areas that I struggled with when making my first sourdough. A bit of the science behind the processes will be “raised” in this post too. You’ll not only leave here a better baker, but a smarter person too.

Sourdough bread has at its base what’s called a “starter”. It’s a fermenting mass of flour & water, sometimes infused with milk to give the good bacteria a kick-start. The fermentation process produces natural yeast. It’s this that gives the bread its rise and distinctive sour taste. It takes a week to create your starter, but once you have made it, you can keep it for ever.

Sourdough starter gets better as you keep it, some are literally decades old. I started my starter with this BBC recipe. The premise is simple, begin with milk, flour and water, then top it up daily with the latter two. Over time, fermentation develops the flavour. There are specific quantities in the above recipe, but as I’ll get to later, I don’t think it’s an exact science. If it smells yeasty and is full of bubbles, you’re on the right track.

Like a weird, bubbly baby, once it’s made your sourdough starter will need looking after. As the natural yeast produced in fermentation is alive, it needs feeding to survive. The secret is to understand how temperature plays a role. If you plan to use it daily, keep at room temperature and feed daily. Otherwise, in the fridge it only needs feeding every 3-5 days. A slower fermentation means a stronger flavour, and you can actually rise bread in the fridge too to increase this effect.

Once you’ve completed the BBC starter process, don’t stress too much about how much to feed it every day. From my experience – and reading those of others online – it doesn’t really matter. About 2 parts existing starter, to one part flour and one part water does the trick. They’re hard to kill. One thing you do want to look out for is if there is a lot of liquid on top or they are really frothy. That’s a sign your starter needs feeding.

Now we get to actually making some bread. My first tip is that preparation is key. It’s easier to do the bits and bobs before you are sticky and covered in dough.

Oil a big bowl for your dough to rise in and set aside, along with some oiled cling film to sit on top. Also, liberally flour a surface, and have some more in a pile to the side to call upon if it all gets too sticky.

Its easier to knead a small lump of dough, so first time around I recommend sticking to this quantity.

Once you’ve mixed as well as you can, transfer the resulting slop to your floured surface, and start to knead.

This is the important bit. What you’re looking to do is basically beat the dough into submission, which livens up the yeast and starts the rising process.

As you knead it well, it will start to feel wetter, and slowly get more malleable.

Knead hard for at least 10 minutes. Try to push, squeeze, rip and tear it as much as you can. The more you do this, the livelier your dough will be and the more active the yeast.

You’ll know your dough is done when it can pass “the window pane test”. This should be ringing bells if you’re a Bake Off fan.

The test is whether you can see light through it when you hold it up against a window. It should also not rip when you do. If your dough fails this test, knead it more, then try again. It’s hard work but it’s important – like farming.

When your dough is kneaded fully, quickly plop it into your oiled bowl, whack the cling film on and put it in a warm place for at least 2 hours 30. It’s ready when it’s 1.5 x 2 times the size it started. You will see from the next photo that I broke my own rule here and over proved this batch. The problem with over proofing is that the dough will splat out when baking and doesn’t rise properly in the oven afterwards.

Now it’s time to set it up for its second proof. This time, you’re going to add it to a bowl lined with a very floury tea towel. This stops it sticking (which is very common – use lots of flour). Get this ready before removing your bread from its first rise.

With your floury tea towel bowl ready, tip your dough gently onto another well floured surface. It will be full of bubbles, so flatten it slightly to get these out.

Next, pull the flattened dough up into a ball and roll it around in the flour. There will be a clear “seam” where you rolled it up.

Now plop it into your floury bowl an add another sheet of oiled cling film on top.

Leave it to rise for another two hours in a warm place. You’ll probably get another 30% increase in size. If it rises very aggressively, take it out sooner. There needs to be some room for it to rise again in the oven.

When your bread is fully risen, it’s time to get ready to bake it. Like everything with a sourdough, this involves some faff. Add a tray of water at the bottom of the oven and heat to around 200 celsius (fan). All that remains is to carefully tip your dough onto an oiled tray, make some slices on top, then quickly transfer to the oven.

It’s done when it sounds hollow when tapped from the bottom. Enjoy!